Many times the things we think of as common knowledge is nothing more than just a Myth that has been passed down to us generation after generation! Here are a few popular myths that  have been debunked. At any rate, this list is by no means exhaustive. So if are are aware of any other widely known myth or urban legend, go ahead and leave a comment.

Our Tongue Is Mapped!

There are no different receptors for each taste whether it’s, bitter, sour, salty, sweet, umami, spicy, minty and so on. The entire tongue can sense all of these tastes more or less equally. So, while some parts of the tongue may be able to detect a taste before the others do, all parts are equally good at conveying the different kinds of taste. Threshold sensitivity may differ across the tongue, but the intensity of sensation does not.

Bulls are colorblind! They actually react to motions of the bull fighter’s cloth as a perceived threat. Although professional matadors use a red cape to enrage their bull, it is not the color red that makes the animal angry! The bulls will charge regardless of the color due to the threat posed by the matador.

The Great Wall Of China Is Visible From Space!

First of all we have to define where “space” starts. Is it 50 miles, 100 miles, the moon? For our purposes we will use the International Space Station, and guess what? Thats right, you can’t see the Great Wall of China from there. By the way, the ISS is about 173 miles above sea level which is considered low Earth orbit. That’s barely even space. There are man made structures visible from that height, however, one being the Giza Pyramids and Airport Runways! While many believe this, the truth is that none of the Apollo astronauts reported seeing it from the Moon or even close to the Earth’s surface! There are several variations on this folkloric statement, and they’re all quantifiably false.

Don’t be fact-blind! The truth is that all 1,100 bat species can see but no animal, including the Bat, can see in complete darkness! Since Bats are night creatures and hunt insects in the dark, they have an additional trick called echolocation that helps them navigate their way in complete darkness. They create sounds that bounce off nearby objects which enables them to locate food.

The standard list of five senses doesn’t really give our bodies credit for all of the amazing things they can do. Apart from the basic touch, smell, hearing, taste, sight, we have close to 20 in all which include the sense of balance, pain, hunger, thirst, fullness, heat, cold, itch, pressure, etc.

This word pops up every cold and flu season. Antibiotics, by their very definition, kill bacteria. The common cold and influenza are viruses and are not affected by antibiotic use. While some might think that taking an antibiotic could prove helpful on some level, it could actually bring in more problems. Taking antibiotics in a manner contrary to their intended purpose or dosage instruction could cause other common bacteria within the body to become drug-resistant! This could create “superbugs” that cause illness much worse than the primary.

The gum base is insoluble, just like the fiber base of raw vegetables, corn, popcorn kernels, and seeds. Our bodies do not possess digestive enzymes to specifically break down gum base. Gum will stick readily to your shoe but it does not stick to your stomach wall or the intestinal tract. Instead of hanging around for years, it simply travels the same path as food and is excreted in stool. Doctors figure this old wives’ tale was invented to prevent kids from swallowing the rubbery substance.

Humans and Dinosaurs coexist only in books, movies and cartoons. The last dinosaurs – other than birds – died out dramatically about 65 million years ago, while the fossils of our earliest human ancestors are only about 6 million years old. So they never lived among one another at the same time!

A Penny Dropped From A Height Could Kill!

A penny isn’t the most aerodynamic of weapons. A combination of its shape and wind friction means that, tossed even from the 1,250-foot Empire State Building, it would travel fast enough merely to sting an unlucky pedestrian.

There Is No Gravity In Space!

Blame the term “zero-gravity” for this common misconception. Gravity is everywhere, even in space. Most of us only experience gravity in the downward direction, but gravity is not just a downward force. It pulls in all directions and dimensions. Astronauts appear weightless because they are in continuous freefall towards the Earth, staying aloft because of their horizontal motion. While orbiting, they are falling towards the earth but moving sufficiently sideways to miss it. So they are basically always falling but never landing. The effect of gravity diminishes with distance, but it never truly goes away. Gravity exists in virtually all areas of space. When a shuttle reaches orbit height (around 250 miles above the earth), gravity is reduced by only 10%. It’s also untrue that space is a vacuum. There are a lot of atoms out there, albeit sometimes far apart!

Humans Use Only 10% Of Their Brains!

This media darling has been around for at least a century. Fortunately, it’s just not true. What is correct, however, is that at certain moments in anyone’s life, such as when we are simply at rest and thinking, we may be using only 10 percent of our brains. And of course, not everyone uses brain t to its full capacity. If that would have been true, everyone would have been an Einstein or remember π to the twenty-thousandth decimal place or perhaps even have telekinetic powers! MRI imaging clearly demonstrates–with fancy colors no less–that humans put most of their cerebral cortex to good use, even while dozing.

Reading In Low Light Will Make You Go Blind! This is completely false. Our ancestors used to read, sew and do a number of other chores by firelight, and none of them ever went blind from it. Research shows that reading in low light can strain your eyes, but they go back to normal as soon as you turn a brighter light on.

When You Shave, The Hair Grows Back Thicker & Faster!

Re-grown hair isn’t thicker, coarser or darker. It just appears so because it’s no longer tapered! A study that was done 80 years ago actually proved that this was not true, but many people still believe it today. Hair is dead and so shaving it is not going to make it grow faster. The follicles beneath the surface of the skin make your hair grow and what comes out is dead by the time it reaches the skin’s surface. So another reason why it appears darker and thicker is because it hasn’t been exposed to the sun or chemicals for very long!

Eating A Low-Fat Diet Is Healthy!

In the 90’s everyone was doing low-fat. There were low-fat cookies and other sweets, even low-fat pasta! You name it and there was a low-fat version. The truth is, the human body needs a certain amount of fat just the way you need carbs and proteins to stay healthy. So following a low-fat diet can actually go against your plan. Also, many food products that are labeled low-fat, are replaced with sugar, which as everyone knows can lead to weight gain and a whole host of other health problems!

Saturn Has Solid Rings Around Them!

The beautiful rings of Saturn are not solid bands. The rings are comprised of individual dust and ice particles that range in size from microscopic to many feet long. The dark grains of dust making up this faint ring are probably debris that cosmic impacts knocked off the gas giant’s distant and equally dark moon Phoebe. The spectacular ring system may date back some 4.4 billion years to the time when the planet itself formed. In fact, the giant ring around Saturn is even larger than thought, spanning an area of space nearly 7,000 times larger than the planet itself! 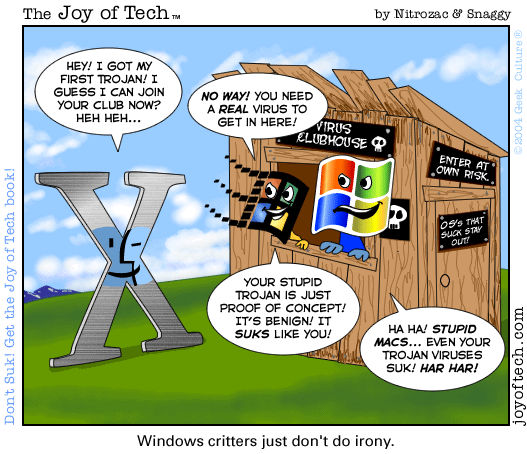 80% of the computer industry is ruled by Windows, so hackers are merely attacking the majority. They are not immune to viruses, but viruses aren’t really made for OS X because the amount of users is relatively small.

There Are 3 States Of Matter! 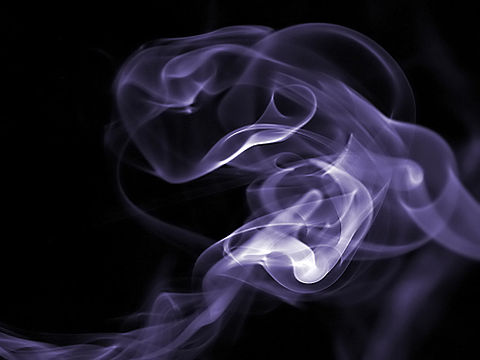 Contrary to what you learned in grade school, there are four states of matter and not three. Solid, liquid, gas, and plasma are the four states of matter you see every day! Other known states are Bose–Einstein Condensates and Neutron-Degenerate matter, but these only occur in extreme situations such as ultra cold or ultra dense matter.