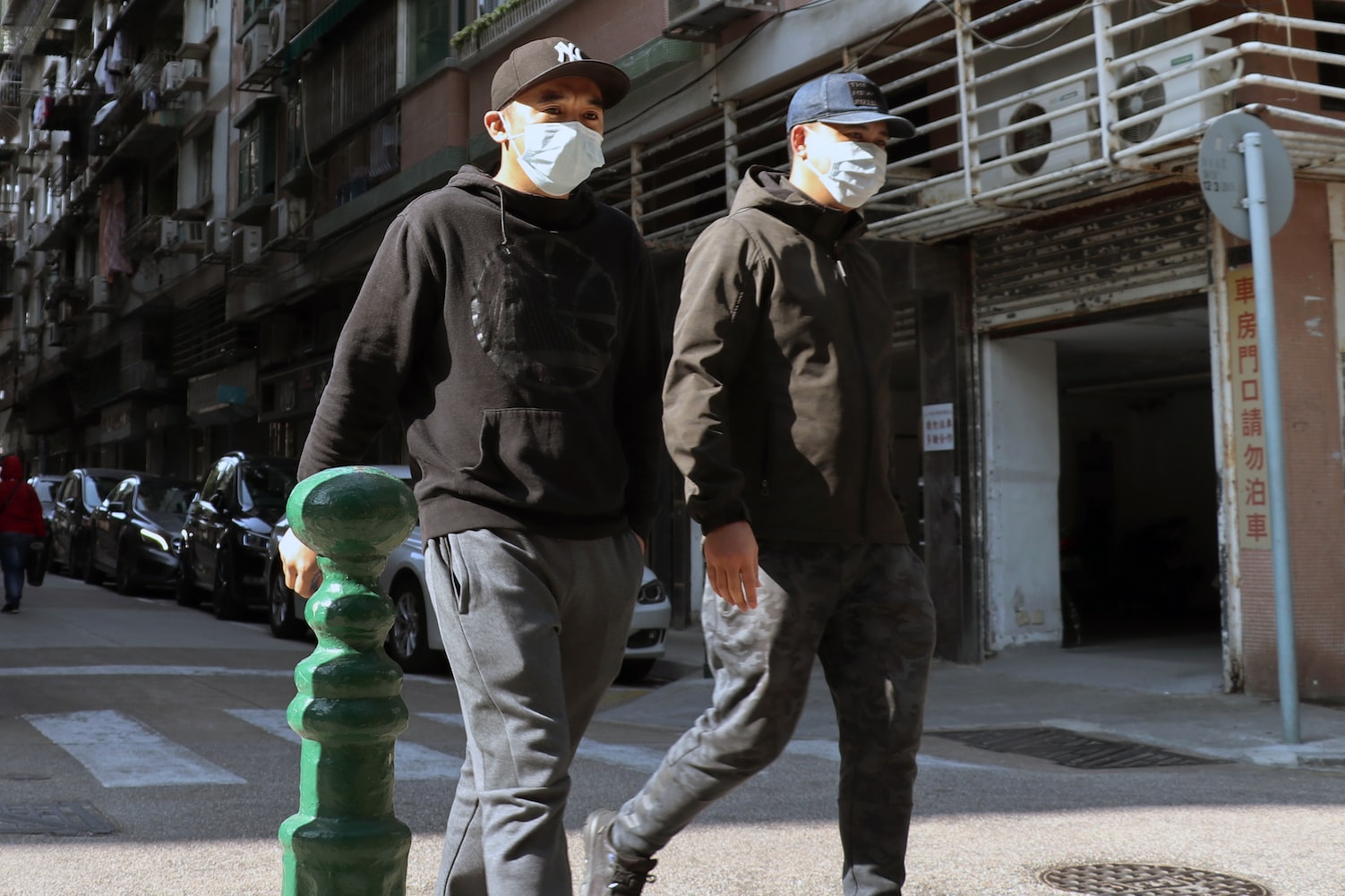 Coronaviruses (CoV) are a large family of viruses that cause diseases in animals. Seven, including the new virus, have made the jump to humans, but most just cause cold-like symptoms. The two other coronaviruses – Middle East respiratory syndrome (Mers) and severe acute respiratory syndrome (Sars), are much more severe in nature. It is a new strain that hasn’t been previously identified in humans.

The new virus, officially called Covid-19, is also dangerous. So far, around 20 per cent of confirmed cases have been classed as severe or critical, whereas the death rate stands at around 2%.

This is much lower than the fatality rates for MERS at 30 per cent and SARS at 10 per cent, but still a very significant threat.

Coronaviruses are also zoonotic in nature, meaning they can be transmitted between animals and humans.

Scientists in China believe that COVID-19 has mutated into two strains, one more aggressive than the other, which could make developing a vaccine more complicated.

Common signs of an infection:

Severe signs of an infection:

What preventive measures can one take?

Possible treatment/cure: It’s a music that can help people who have contracted the virus. I cannot guarantee results, but it may really work if you truly believe. If you think someone needs this, please share. I am not being paid by the creator. I’m only here to help. Here is the link: https://www.youtube.com/watch?v=p5WIr-n1v88

Share and let your loved ones know how to take care and please do leave comments below, especially if you know tips I may have missed. Stumbled across this amazing article on Forbes contributed by Liz Ryan who also writes for the Huffington Post, Business Week, LinkedIn, the Harvard Business Review, the Denver Post and leads the worldwide Human Workplace movement to reinvent work for people!

I had a boss one time who would ask me for my opinion on various business topics at least once a day. She’d stop by my desk and ask me what I thought about this topic or that one. I was about 24 years old.

This was so far back in the day that cubicles were uncommon. Most of us sat at open desks and maybe if we were lucky, we had a little file cabinet next to our desk, too.

My manager would walk up to me and ask “Why are the inventory records out of date and how do we fix them?” I’d tell her what to do.

At first I was flattered. Then I realized that I was nothing to my boss – I was just a source for information, and an insignificant peon. Anything intelligent that I might say was immediately re-packaged as her own, original idea.

My boss would ask me for my opinion and then immediately forget that she had asked me.

She took my opinions and they became her own. She added nothing to them and subtracted nothing; she simply told people “Here’s what I think.”

If anybody asked her a clarifying question, her head might literally have exploded.

I figured that it didn’t matter whether my boss ever acknowledged my ideas or not, because if she stayed in her job beyond the point where I could tolerate her, I’d quit my job anyway.

That boss didn’t stick around long. Somebody figured out that she made a better ventriloquist’s dummy than a manager and she was out the door. Over time I learned that you can’t stick around to work for people who don’t respect you. What is the point?

If a job only pays your bills, it’s robbing you! The right job pays your bills and grows your flame. Working at the right job your mojo grows every day. You keep learning and you build up the people around you, who build you up in turn.

Here are ten signs your manager doesn’t respect you, and it’s time to make a change!

Your Time Means Nothing

Our client Jordan worked for a guy who would tell Jordan at nine or ten a.m. “There’s a report I need from you today.”

Jordan would ask “What kind of report?”

“I’ll tell you later,” his boss would say.

All day long Jordan would try to find out what kind of report his boss needed, without any success.

At four-forty-five his boss would finally say “Here are the report details. I need that report tonight!”

These reports took one to three hours to create. Jordan had finally had enough and he took an internal transfer over his boss’s objections.

Now there’s no one in his old department who knows how to create custom reports, so his inconsiderate boss has to go without them.

Your Boss ‘Forgets’ or Overlooks Commitments

“What — I promised you a week of vacation in September? No way! You must be mistaken!”

You can put everything you say to your boss and everything s/he says to you in writing, but do you really want to live your life that way? There are other managers around who will value you instead of taking you for granted.

S/he Ignores Your Needs

A good manager asks you once or twice a year or more often “How are you doing? What do you need from me?”

A lousy manager doesn’t ask people what they need. Even when people communicate their needs clearly and wait patiently for their smallest requirements (from a copier that works to software that would make the work faster and more accurate), their needs don’t get met.

Life is long, but it’s too short to wait for a poor manager to wake up and listen to the people around him.

The Boss Explains Nothing

It’s hard to do your work when the burning question in your mind is “Why?”

Why did we change the product release schedule? Your boss doesn’t tell you, because he or she doesn’t think you need to know. Why was the meeting cancelled? Same answer.

Why have you changed my job description five times in the last month? Only your boss knows, and he or she isn’t saying. What does that tell you about the level of respect your boss has for you?

As Far as S/he’s Concerned, Anyone Could do Your Job

If you’re good at your job, don’t expect a fearful boss to tell you that. He or she will take the opposite view, and make sure you know that in his or her opinion, anyone on the street could do your job.

Our client Alexander worked for a fearful VP. Alex’s boss told him “You’ve been very lucky here. You lucked into this manager job. A lot of people would want your job.”

Alex was feeling his mojo that day, and so he told his boss in a jocular tone “Really? Why do you put up with me, then?” Alex figured his boss was all bark and no bite, and he was right.

His boss wouldn’t have dared to try and do his VP job without Alex at his back.

The VP was bounced from his job after nine painful months.

Now Alex says “This time it worked out for me, but I don’t think I’d wait nine months for another lousy manager to get the boot. Those nine months probably shortened my lifespan by two years.”

Doesn’t Consult You in Your Area of Expertise

A bad boss will understand at some level (maybe a molecular level) that you know a lot more than he or she does, but don’t expect them to consult you in your area of expertise.

They’ll find somebody else to ask for advice, because it’s too hard for a fearful boss to admit that an underling like you knows more than they do.

Steals Your Ideas Without Hesitation

Like my boss a thousand years ago, many bad managers will steal their team members’ ideas without giving it a second thought. They don’t think of it as stealing.

They figure that you work for them so your ideas are naturally available to them without attribution or thanks. That’s not just how they view business ideas.

Their political beliefs, philosophical tenets and everything they think and believe comes from other people.

Can you imagine going through life without forming your own opinions? Maybe not, but lots of people do it!

Bad managers don’t trouble themselves to make sure that sensitive or potentially upsetting news is delivered carefully.

If they want to change your role or give you an unpleasant assignment, they’ll text you or send you a group email message, or just let you wait to hear the news through the grapevine.

The surest sign of a weenie boss is the inability to communicate effectively with other people. That’s something only humans do well!

Won’t or Can’t  Acknowledge your Contribution

It is physically impossible for a fearful manager to thank you for a job well done. They’ll say “That’s what your paycheck is for! Why should I thank you for doing your job?” instead!

Your Boss Disrupts Your Life Without a Care

The last sign your boss doesn’t respect you is that he or she thinks nothing of disrupting your personal life, like another boss of mine who told me two days before Christmas to schedule an all-day meeting with our management team, out of town and on the following day — Christmas Eve.

It was very snowy that year and I said “We might not be back at home for Christmas, and there’s nothing urgent to discuss – why not do a telephone conference instead?”

“Don’t worry about it,” said my fearful boss. “I only need the real business people in the meeting – not HR.”

I laughed out loud. Fearful managers always declare themselves!

I quit that job a month later.

You don’t have to waste your life or your brain cells working under someone who squashes your flame.

The world is big, and there are plenty of people who are dying to work with you. The first step is to decide you’re worth better than the treatment you’re getting now!