For millennia man has dealt with the strange concept of time and time is by far one of the Greatest Mysteries of the world. But before moving on to those concepts that will be dealt at length in this article, lets first understand the concept of time.

So what is Time? We normally perceive time by looking at man-made calendar’s or clocks which have been developed after observing the nature of seasons and which to some extent standardize something so infinite as time. Well, if you notice, some aspects of this world can be perceived through a particular sense like we see colours and can smell fragrance. And objects for instance a phone can be perceived through more than one sense. But what sense do we use when perceiving time? We cannot see, hear, taste, smell or feel time, can we? So is time an illusion? And just for a moment if all our senses were prevented to function, would time still move on through the changing pattern of our thoughts? We perhaps notice time through the perception of other things but how does this happen? One way to think about time is to imagine a world without it. There would be no movement because time and movement cannot be separated. We know that time has passed when something changes. This moment, the present which feels real is time. No matter how much you remember the past or anticipate the future, you live in the present. The moment during which you are reading this sentence is no longer happening but this one is. The present is updating itself and makes you feel that time flows. The future soon becomes the present and then the past. So it leads us to believe that with time, we have a fixed past, immediate present and an open future. But is that it?

How does the Mind Perceive Time? It is a scientific fact that the brain operates on a certain frequency. When the brain perceives an event, it waits for a repeat of the event and then judges the time between occurrences of the event. It seems practical to think that if the brain works on frequencies, so does time. In fact, time has no beginning or end but it truly exists and it is a part of the universe. If the universe manoeuvres on frequencies, so does everything that exists in it. So if time does the same, then the brain’s perception of time is a matter of arbitrating the recurrence of signals. Since people have experienced missing time, they have been experiencing an altered frequency. What that means is when an event occurs, the brain records it but that event may not be on the same frequency that time is on, which makes time seem to stand still for the one experiencing it.

So what exactly is “Missing” time? To begin with let’s give this concept a more relevant term which would be “adjusted” time experiences in relation to the time-space theory. If we have to explain the concept in simple terms, it is an individual’s personal experience of altered time and space and is a gap in the conscious memory identified with a certain time period. Normally memories of instances taken place during that time period can be retrieved through dreams or by hypnosis. Chances of experiencing such a phenomenon can occur when you are either in a deep meditative state or when you are at such a place which is near a natural earth portal or it can also be triggered by your own energy field with a high frequency vibration. It seems strange, but cases of missing time and distance are as common as they are confusing and some don’t even realize or pay attention to it. 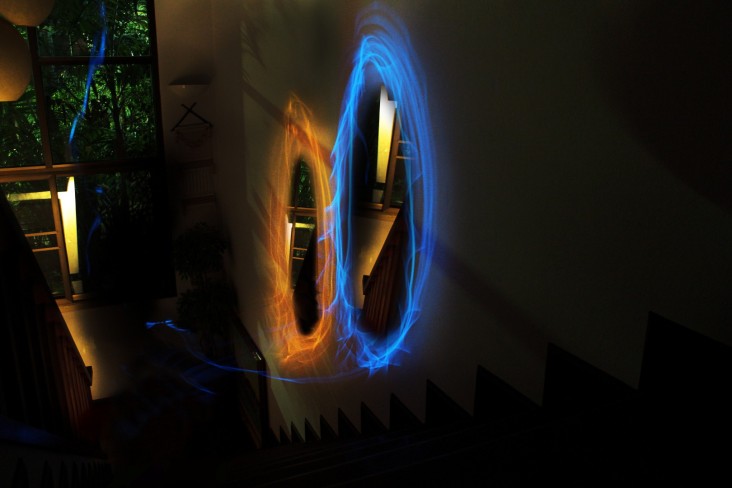 To make you understand better, think about this. If people could teleport from one time zone to another from east to west, they would have gained a couple of hours in the new place though in the previous place they would have experienced that time and vice versa. Similarly if you fly to the east of the world, your flight time will be shorter than flying between the same destinations to the west. The simple reason is the rotation of the earth, ie; if you fly to the east your destination becomes closer as the earth turns. Now what if earth stops rotating itself? Will time stop? Can time stop? It can lead to more time complexities. Now picture yourself holidaying at Kiritimati Islands on a Monday at 2 am. So if you had to teleport to Paris, you’d get your Sunday back and you’ll be at a time zone that will be on a Sunday 2 pm. So you might have had a great barbeque session with friends on the islands on a Sunday but in a snap you’ve got that Sunday back again. And that’s because you’ve entered a different time zone. So by traveling west, you gain time and while travelling towards the east you lose time. In a similar way, your frequencies can work in a weird way that can make you experience missing time. It’s complex, but that’s the way it is.

So we are now aware of how complicated time can be with altered frequencies. Though there is no stigma around missing time experiences now, science is still seriously digging for answers to the many questions surrounding this peculiar phenomenon and one such question that is really bothering them is to figure out the answer to what latent abilities unknown to the one experiencing it makes them capable of going through such a prodigy that allows them to be tapped for these experiences.

Everyone possesses some level of psychic ability. Many do not pay attention or are too cynical to believe that such things can happen. Wouldn’t it be great if children were taught in school right from a tender age on ways to develop their psychic abilities? But unfortunately, our society tends to ridicule what it doesn’t comprehend. In the past, people were killed for thinking or being different, but thankfully with time, scientific learning has advanced to a great extent. Quantum physics proves that the power of the mind is phenomenal, while paranormal studies use intelligent machinery to capture the frequency of the deceased and sometimes even interpret their words. These things have come out of the realm of the unknown and are no longer called witchcraft. Earlier, people who saw Unidentified Flying Objects or were captured by them were ridiculed and considered maniacs. Now we are aware that they operate on a different frequency and therefore only certain earthlings capable of processing that data are privy to these experiences. Those who have experienced this capture have learnt first-hand about astral projections and bilocation astral travels. UFO experiences have yielded their victims lessons from another frequency which makes it necessary for us to understand that all do not operate on the same frequency levels all the time.

People who have had out of body experiences may have felt something that they wouldn’t have otherwise felt within the body’s theory of time and space. Quantum physics has taught these experiencers that time travel is possible and that one can communicate on different frequencies with other-than-earth dwellers. But, just like surviving jet lag from time zones when flying east to west, these people suffered the same sort of jet lag between frequencies and they kind of missed a few minutes to hours or days or even more.

But as we all know human imagination does not surpass the scopes of reality, however preposterous they may seem and some of the most brilliant inventors have believed the impossible and proven the world wrong in their cynicism. Albert Einstein was one such genius who suggested the possibility of time warps or black holes as an energy force-field which causes objects to move at a different speed with altered arrangements which could not be comprehended by science. Of course all scientific theories do not seem to agree with the quantum explanations except that which has a pattern or consistency.

To make the definition of a time warp much clearer, it is believed to be an area where the magnetic and electric forces are altered in such a way that it creates an erratic energy-force field, often resulting in a fast and spinning or circular motion that forms a tunnel of some sort in the centre. When objects enter these force fields, their structure is altered and often projected to another place or time-speed. A branch of science that defies consistency is quantum physics which promotes the idea that energy is random. The atomic world is very different than the world as humans perceive it. Some may find these ideas outrageous, but in consideration of several real-life examples, sceptics would have to at least reconsider.

One of the interesting examples of time warp energy fields that would perhaps spark your curiosity would be the Bermuda Triangle. This area in the ocean is believed to be a form of time warp. There have been a lot of disputes but this still hasn’t been proven untrue. Several airplanes and ships have mysteriously disappeared after entering a certain area in The Bermuda Triangle. Some emerged again after a long period of time while others have been wiped out without a trace. There may possibly be is a small area similar to a whirlpool where amplified magnetic and electric fields meet thus forming a time warp.

Similarly in 2006, a black hole was discovered in the constellation named Scorpius. This black hole was said to be a spinning force which caused an imprint on space-time, just as Einstein’s theory of relativity explained years before, which was mocked when he proposed it. There are plenty of tangible and intangible things in the universe which exist but yet defy explanation such as the emotion of love which cannot be explained completely by science. The mysterious nature of time may be one of these. If you’re a sceptic, take some time to consider some of the things that are believed to be surreal or supernatural and that which cannot be explained by science.

You be the judge!

There was an error retrieving images from Instagram. An attempt will be remade in a few minutes.